The McDonald’s Nottingham Hoods have hit another milestone on the back of their recent performances, with over 500 Facebook likes.

Club Captain, Bruce Lauder commented, “this has been a real breakout season for us. We are playing in front of a sell out home crowd every week for the first time since we won the Championship in 2010 and have a good number of travelling fans at our away games – so much so, they have nicknamed themselves The Merry Men. They are beginning to build a great reputation in the league with teams now looking forward to welcoming them and their ‘comedic’ singing!

We now have a large social media following to back it up with people from all over the world discussing games, players and news events.

This is a club that is really going places, so spread the news and come and show your support to Nottingham’s finest” 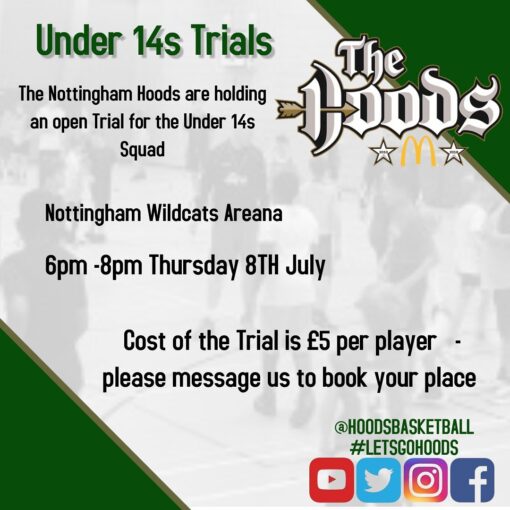 With the recent announcement of the u14 National League programme, the Hoods will be holding trials on Thursday 8th July 6-8pm at […]

Nottingham Hoods young superstar, Luke Mitchell, who is fast becoming an integral part of the Hoods setup, has been picked for England […]