The McDonald’s Nottingham Hoods started life in Division 2 with a very tough Patron’s Cup game against much fancied Ipswich Basketball. Despite a decent performance, the clinical finishing and experience of Ipswich proved the difference as they lost 70-87.

The excitement around the club has been building all summer as the Hoods looked to make their debut at Division 2 level, and the Merry Men fan base turned out in full to cheer on the team.

However, the Hoods baptism into life at this higher level could not have been harder against an Ipswich basketball club that just missed out on promotion last season finishing 3rd in the league. 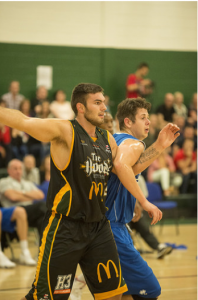 The most noticeable difference between the two teams from the outset was the sheer size of Ipswich, with 3 players over 6’8” and 1 over 7”, but the Hoods were not intimidated as they played their usual fast tempo and exciting brand of basketball from the outset. The quality of basketball wasn’t great for the 1st 5 minutes as both teams blew off the cobwebs from the summer break, but it was Ipswich who found their rhythm first, bursting into a 4-12 lead thanks in the main to ex-GB point guard Taner Adu. A time-out by Coach Waghorn re-focussed the team and new signings Matt Wilson and Miguel Lorenz scored their first baskets in Hoods shirts before a huge Siczek 3 bought the Hoods right back into the game at 11-12.

The Hoods then got into foul trouble, and Ipswich extended their lead at the end of the quarter with a perfect 6 from 6 from the line to leave the score 16-25.

The second quarter saw both teams in full flow, Wright was fouled shooting the three and coolly sank all three from the line before Lorenz stuffed in a tip-dunk to get the crowd on to the feet at 24-27. Ipswich then answered with an and-one dunk of their own as the crowd were treated to two very talented teams going at each other. 18 points in the first 5 minutes from the Hoods, including anther 3 from Siczek and the game was tied at 37-37. U-A8 England Star, Luke Mitchell hit a two to take the lead for the lead for the first time, but a buzzer-beating 3 from Ipswich ensured they went into the break up 40-42.

The crowd were treated at half-time to an excellent performance from the Hoods Angels Cheerleading squad, who will be at every home game for the rest of the season.

The third quarter was disastrous for the Hoods as they started to miss easy baskets and Ipswich gradually extended their lead. Despite excellent work on the boards from Davis and Krest, the Hoods could not buy a basket as Ipswich took complete control of the game. When a dubious buzzer-beating 3 sank at the end of the quarter Ipswich had a near insurmountable lead at 51-70.

In the fourth, Ipswich again started the strongest and continued to increase their lead as the Hoods still struggled to finish around the rim. 3s from Wright, Siczek and Mitchell helped keep the score respectable before a quick burst of points by Ipswich at the end ensured a 70-87 victory for the visitors.

Ipswich Head Coach Nick Drane had nothing but praise for the Hoods after the game saying, “Nottingham is clearly a class programme with some excellent people involved. It was very refreshing to see a team draw a big crowd and put on a show – basketball in this country needs more of that. And they backed it up with a talented and well coached team. They will be a very good in Division Two”.

Hoods GM Lee English added, “Ipswich are a very talented team who have played at this level for a few years now and it showed tonight. On the whole I am happy with the performance, not the result, but the performance was ok. We did enough to win that game, but didn’t take our opportunities. Last season in Division 3 we could get away with that, we can’t afford that this year. The Patron’s Cup is a great opportunity for us to work through this before the league starts so we will be ready and we will be ready. This group of players haven’t had much time together and will only improve week on week.”

The Nottingham Hoods are yet to find a first win of the season following an 86-65 away loss to Northants Thunder. 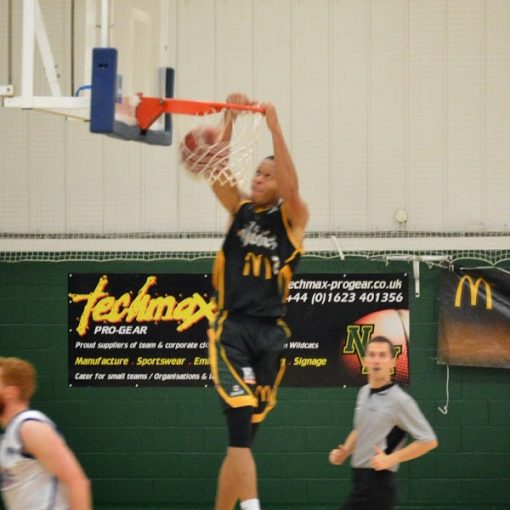