Despite a fine run of home wins, now stretching over two years, the McDonald’s Nottingham Hoods away form is denting their impressive first season in Division 2 as they went down 81-77 to Ipswich Basketball.

After a tougher than expected game on the Saturday night and a three and a half hour drive, it looked like the exertions had taken their toll on the Hoods as Ipswich, fresh from a comfortable home victory the night before took the game to the Hoods and played themselves into a 10 point lead. Hoods began to find their rhythm towards the end of the quarter a late 3 from captain Kieran Wright saw the Hoods pull back to trail 25-22.

The physical battle between the two big men, Sadler and Miguel continued into the second quarter, with Ipswich hitting just about everthing they shot. Miguel was held to just two baskets, but the Hoods score was ticking over with threes from Wright, Luke Mitchell and two from Lucasz Siczek who despite playing through injury was having a great game. One point each from Danny Wong and Alavaro Urbistondo saw the second play out at 18-18, leaving the overall lead at 43-40 to Ipswich.

The third quarter was a cat and mouse affair but Sadler was continuing to rack up his personal tally for Ipswich with fade away jump shots that Miguel was unable to stop on his way to 31 points. Only thirteen points were scored by the Hoods in this period, ten of these were from Siczek, two from Wong Wong and one from Urbistondo. Ipswich had the better of a tough quarter running out 17-13, increasing their lead to 60-53 going into the fourth.

With Lucasz being rested due to a shoulder injury, Ipswich increased their lead and were ten up within two minutes of the restart, Ipswich were defending well leaving Hoods having to try long range shots to keep the score respectable. At the defensive end it was very physical with the home team’s big men taking advantage. Lucasz was brought back on and laid down another eight points, long range three points shots from Alvaro and Miguel, and two points each from Wong and Crest in a battling fourth quarter saw Hoods win the quarter 24-21 with Lucasz having a great game hitting a season high of 30 points but it was not enough against a very good Ipswich side in which Sadler had possibly the game of his life hitting 31 personal. 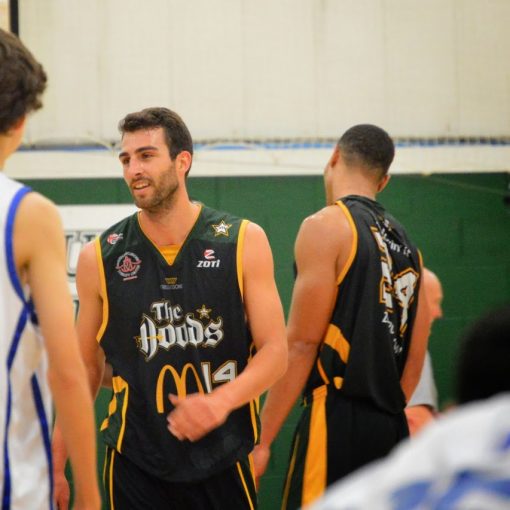 The McDonald’s Nottingham Hoods recorded another milestone in this record breaking season as Alvarro Urbistondo scored the team’s 10,000th point.