On Thursday 17th May, the Nottingham Hoods celebrated a truly exceptional season in a unique and enjoyable evening.

The evening was a celebration of the club’s incredible year as Division 2, u18 Midlands and BUCS Trophy Winners 2018 as well as u16 Midland runners up and scooping the Basketball England Game Night of the Year award . For the first time ever, the event took place on court at the Nottingham Wildcats Arena, which ensured a great evening for players young and old as well as their parents and fans with a mix of fun games and a final All Star Challenge with all age groups mixed up in 4 different teams.

Competitions, food and the usual – now famous – Hoods game night entertainment was in full force for the 100+ attendees and for the first time a joint MVP winner.

Club Captain Bruce Lauder, “Thank you to everyone who has played, coached, helped, cheered us on, watched online, retweeted or contacted the club. We are in an incredible place and the future is very exciting. The new season cannot come soon enough, but we have a lot of work to do over the summer! Congratulations to all the winners not just tonight but all season long” GM Lee English added, ” Tonight was a real show of what our club is about, families having fun, communities coming together and the club moving forward as one. It’s been great fun – roll on Division 1″ 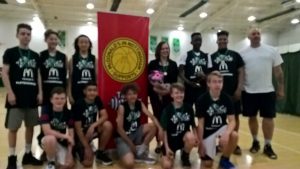 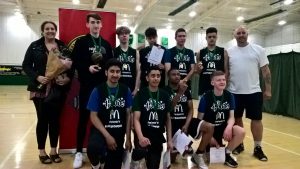 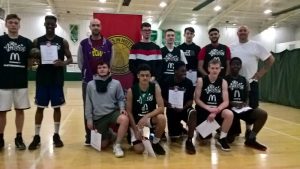 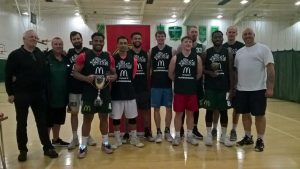 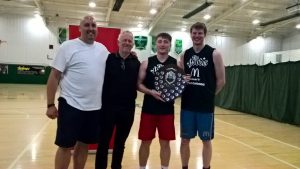