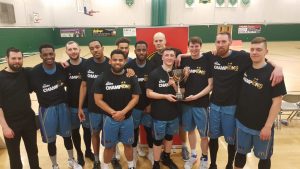 The Hoods came into the game confident but all too wary of the threat Warriors posed, having beaten the Hoods in the final league game of the season. The game started at a frenetic pace, with Slavik showing his fundamentals with the nice post-move before Powell started driving to the rim with great effect. A 3 from Watts got the large crowd of Merry Men cheering, which inspired the Hoods on to a mini run, led by Powell, as they stretched the lead to 10 mid-way through the quarter. A great feed to Mitchell for the 3, followed by another by Watts and Warriors were forced to take a timeout with 4.06 remaining. Straight out of the timeout, it was Hoods and Robinson who took the initiative as he nailed the long-range 2, before getting a block on the defensive end. By the end of the first, the Hoods had stamped their authority down and led 33-16.

Enkuzens hit a 3 to start the 2nd quarter after some great ball movement involving every Hoods player on the court and the lead was 20, before Westminster caught fire hitting three 3s in a row and forcing a couple of turnovers from the Hoods to bring the deficit down to just 8 points. Offensive board followed offensive board as Warriors had the momentum before finally finishing and the lead was just 4, 37-33. Another block from Robinson and lay-up at the other end helped steady the ship, but Warriors were right back in the game at half-time, with the score 48-40 Hoods.

The third quarter has typically been strong for the Hoods and it was no different in this game as they stepped up the defensive intensity, led by the ever-hustling Casimiro Mestre. Block, followed steal, followed turnover and when Mitchell stole the ball and found Robinson ahead for the huge slam, the crowd went wild and the lead was back up to 13. Robinson again wowed the crowd with a round the back shimmy to the basket whilst at the other end, Slavic and Watts were playing exceptional help defence and blocking anything that came close to the Hoods basket. Casimiro Mestre hammered down the dunk off a great feed from Enkuzens, before hustling back on defence to get the steal and finding a wide-open Watts for the 3 – the lead was back up to 20 and Warriors called time-out. More great defence and another block from Watts rounded off the 3rd quarter and the crowd knew Hoods were 10 minutes away from the final, leading 64-49.

Watts started the quarter with a 3, before a great fake and dish on the next possession, left Slavik wide open under the basket for the dunk. The Arena was loud and the players were buzzing. There was concern as Robinson hit the ground hard on an intentional fan, but he was soon back up. Casimiro Mestre continued his awesome defence and hustle throwing himself everywhere to secure the Hoods possession. A technical foul was called on Mitchell, but the arena was so loud Warriors missed the free-throw and then Watts grabbed the steal on the in-bound. Every Warriors miss, and Hoods basket was met with huge cheers, a final 3 from Robinson and lay-up by Powell finished the game and sent the Hoods to the Championship Final game in Manchester on April 29th and to send them on their way Club Chairman, Graham Blankley presented Captain Kierean Wright with the Division 2 league trophy.

Club Captain, Bruce Lauder, was beaming from ear to ear, “what a performance by the guys. Coach Westley has worked so hard all year to get them working together and on the same page. You can see how much fun they are having on court. They believe in each other and trust each other without question. The defensive intensity from every single one of the squad is immense. Just look at Janes (Casimiro Mestre), we are 20 points up in the 4th and he is throwing himself at every loose ball to win back possession – that’s how much this team means to the players.”

The final takes place on Saturday 29th April at 11am at the National Basketball Performance Centre in Manchester, where they will take on Thames Valley Cavaliers. There will be a coach leaving from Nottingham, contact Lee English or the Hoods through facebook to book your place. 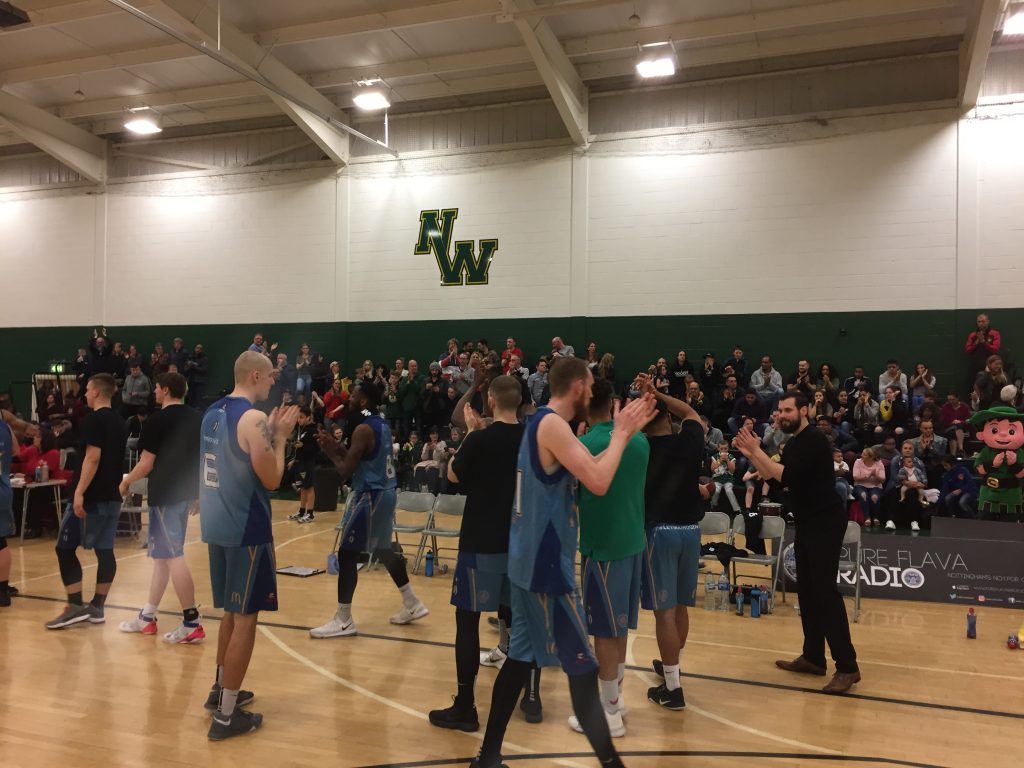 After a stunning weekend double-header, the Hoods took both games against Worcester Wolves by 30 points, notching up their 100th win in […]