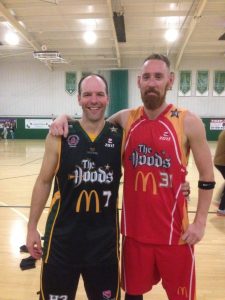 On Sunday 22nd September, the Merry Men came out in force to watch 10 years of Hoods players battle it out on court in aid of Alzheimer’s Society.

Team Lordair took the win 84-80 over Team Tintin, but the day was all about raising money and the Merry Men were their usual generous selves, with over 250 people packing the stands to help us raise over £3,000 for such a worthy cause so close to so many of our players, coaches, volunteers and fans hearts. On behalf of the Alzheimer’s Society and the Nottingham McDonald’s Hoods thank you to every one that donated, helped or came to the game.

With great dance displays from Summers in Time and Signature Studios as well as some awesome freestyling from our guests and friends, Tarryn Algar and Andrew Wilding, the Merry Men left thoroughly entertained.

The game started with a minute’s applause for Peter Viles and Paul Sprengel who sadly passed this year but did so much for Nottingham Basketball, before Lordair’s son got the first points on the board with a two-handed dunk (with a little lifting help from his dad). Tarryn and Andrew then combined for an impressive alley-oop dunk and that set the trend for the first three quarters as defence was sparse from both teams with more alley-oops, dunks, dribbling and wild shots being put up with relative ease. The past and present Hoods players were clearly enjoying being back on court with their old teammates again and put on quite a show. The intensity raised in the final quarter as the players started to take it seriously, but the final result was insignificant to the amount of money raised.

Team Captain David “Tintin” Watts was full of praise for the day, “I just want to say thank you to everyone that donated and attended. It was great to see so many people out, supporting and enjoying the event. Massive thanks to those who volunteered on the day, all the players, dancers, freestylers that not only gave up their time, but donated as well. What a day!” 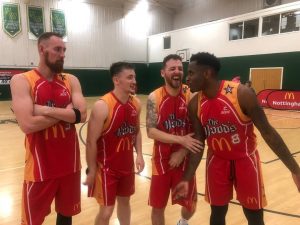 Team Captain Bruce “Lordair” Lauder was buzzing after the game, “That was a lot of fun and I am so happy with the amount of money we’ve raised. Our awesome volunteers kept coming up to me throughout the day with an update and the total just kept on rising! I fell very blessed that so many people have donated so generously to this cause. It was great to play with all these guys again and in front of our wonderful crowd of Merry Men.” 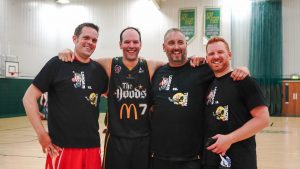 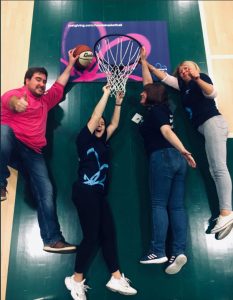 Donations are still welcome at www.justgiving.com/fundraising/hoodsbasketball and if you’ve now caught the basketball bug, come on down to the first home game of the season, which tips off at 5.00pm on Sunday 6th October at the Nottingham Wildcats Arena. 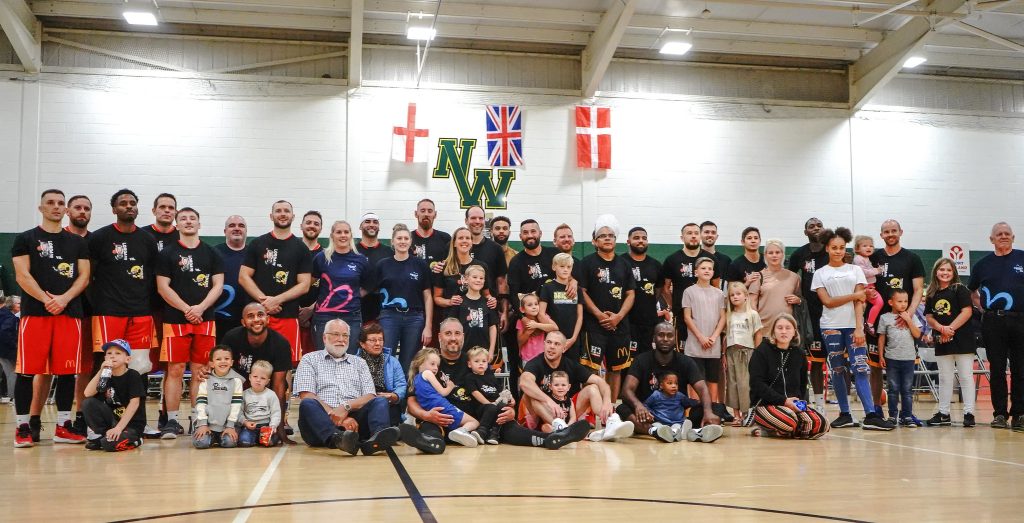 One of the most decorated teams in BBL history, the DBL Sheffield Sharks, will be playing a pre-season friendly against the Nottingham […]

The Nottingham Hoods are delighted to welcome back 1st Team Captain, Kieran Wright for his 3rd season with the club.

The Nottingham Hoods u18 girls are back training during term times at West Birdgford School.