Now in the third year of the partnership, McDonald’s have supported the Hoods through the most exciting expansion times in the club’s history. 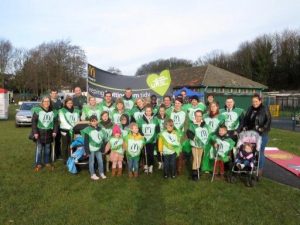 The players have worked closely with the staff at the Nottingham franchises of McDonald’s in helping with their community support programmes, from litter picking to painting.

Jerry Nicholls, McDonald’s franchisee owner commented, “I’m delighted our sponsorship with our friends at the Hoods is continuing. I love working with people who love Nottingham.”

The Hoods will continue to be known as the McDonald’s Nottingham Hoods, with the famous Golden Arches logo still prominent on all National league kits and merchandise and now for the first time at Junior National League level. 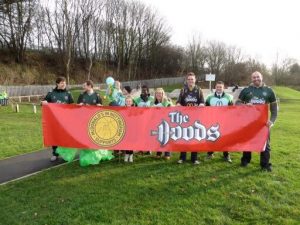 Club captain, Bruce Lauder commented, “McDonald’s have a strong presence in Nottingham, especially with the work they in the community, and the Hoods are delighted to be a part of that. The players really enjoy helping the restaurant staff out and giving something back to our wonderful city. I am so pleased the partnership has been extended, Jerry has been incredibly supportive of us over the last three years and I can only see the partnership growing as we continue to grow. The Nottingham franchise has really helped to promote our games with posters and flyers and they have been a major influence in our rise.”

The season tips off this Saturday with a home game in the Patron’s Cup against Ipswich. Tip is at 8pm at the Nottingham Wildcats Arena, Greenwood Road, Bakersfield. NG3 7EB. Come on down and make as much noise as possible for the team.